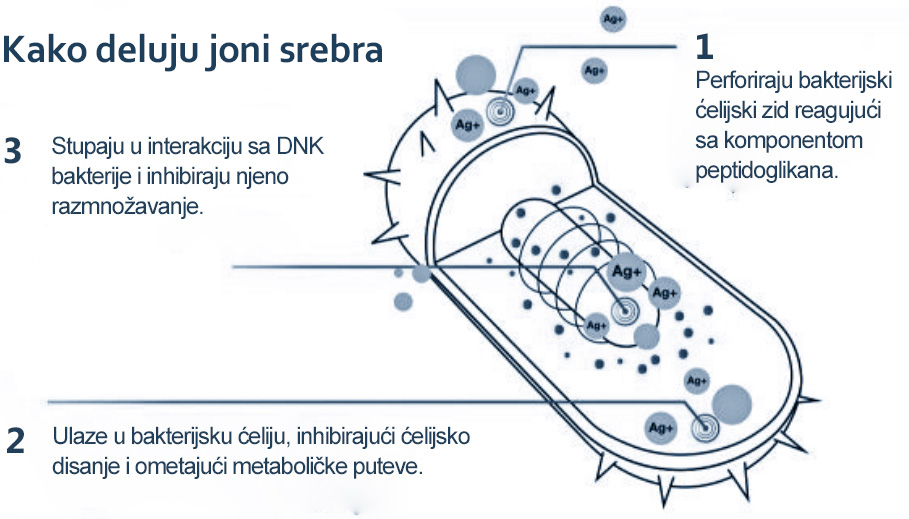 Here’s what the experts have to say about the powerful infection-fighting qualities of ionic silver:

Silver ions are active against a broad range of gram-positive and gram-negative bacteria. Unique qualities of silver ions are: Low risk for bacteria resistance, effective in very low concentrations, no human toxicity”

– Handbook of the Hospital Corps of the United States Navy, 1953

Elemental silver ionises in air, but ionises more readily when exposed to an aqueous environment such as wound exudates.

Silver ions transported into the cell disrupt cell function by binding to proteins and interfering with energy production, enzyme function and cell replication.

Silver ions are active against a broad range of bacteria, fungi and viruses, including many antibiotic-resistant bacteria, such as meticillin-resistant Staphylococcus aureus (MRSA) and vancomycin-resistant Enterococci (VRE).”